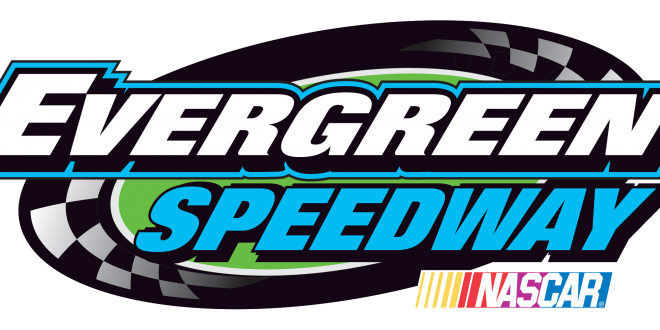 Once again Evergreen Speedway in Monroe, WA will host the biggest and richest NASCAR Short Track event in the country for the 6th Annual Summer Showdown July 20-22, 2017. The event has quickly become one of the most premier Super Late Model races in the country in its early stages featuring five different winners in the first five years. Drivers that have won the prestigious event have included NASCAR Truck Series Driver Cameron Haley and Georgia’s Bubba Pollard who has said he will return to the Summer Showdown in 2017.

Drivers and race teams can now visit www.Evergreenspeedway.com for entry forms along with the 2017 event schedule. Pit stalls will be assigned as entry forms are received. Also a discount is offered for drivers on early entry forms.

The winner of the 2017 Summer Showdown will take home a minimum of $25,000 with possible additional bonus money that will be announced in coming months. The event has drawn an average of over 42 cars every year since the inception with that number growing each year.

The race has been held in June every year but was moved to July, allowing more drivers to compete in the event.

“When we started this event we wanted it to grow and become a must see race in the country.” said Evergreen Speedway President Doug Hobbs. “The drivers and fans have responded coming from all over the country each year. We found a weekend in July that does not conflict with any NASCAR Truck Series, NASCAR K&N Races or any of the major west coast Super Late Model Series and believe this will grow the event more for 2017.”

In 2016 Tayler Riddle became the first Washington State driver to win the race in three years. The Naches, WA young gun knows that it will be very tough to defend his Summer Showdown win.

“We came really close in 2015 but fell a little short and last year we had a great car and that field was really tough.” Said Riddle. “It seems like every year more and more drivers from around the country are coming and I know that it’s going to be tough to get the win for a second time but that has been our goal from last year to be the first two-time winner.”

The Summer Showdown is one of six Budweiser Crown Series races at Evergreen Speedway in 2017. Over $240,000 will be awarded over the six race series.

For More Information or to purchase tickets visit www.evergreenspeedway.com or call 360-805-6117. 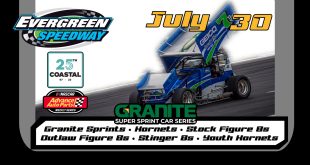