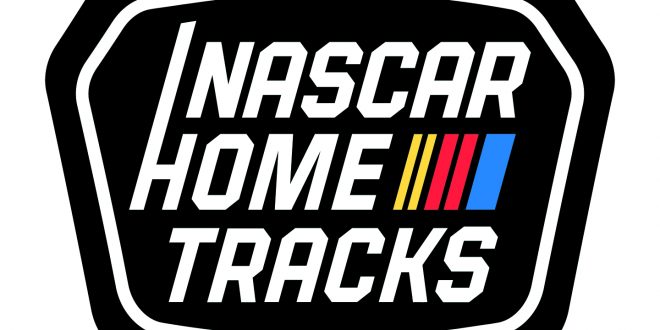 Evergreen Speedway is located on the grounds of the Evergreen State Fair Park in Monroe, Washington. The covered grandstand can accommodate up to 7500 spectators, with seating for an additional 5000 in the uncovered modular grandstands. The layout of the track is unique in that it incorporates a 5/8-mile paved outer oval, a 3/8-mile paved inner oval, a 1/5-mile paved inner oval, a nationally renowned figure-eight track, a 1/5-mile oval and a 3/4-mile road course. Evergreen Speedway was tabbed the “Super Speedway of the West” by David Pearson on one of his visits to the historic NASCAR track. Evergreen played host to many NASCAR 500 lap events before California and Nevada built their super speedways. Today Evergreen Speedway is home to the NASCAR Whelen All American Series, the ARCA Menards West Series and  Formula Drift.

It takes a special blend of talent, ambition and perseverance to rise to the top levels in NASCAR racing. But there are opportunities everywhere.

A network of nearly 60 race tracks across North America comprises the NASCAR Whelen All-American Series – and provides the first step. NASCAR-sanctioned short track races are held on dirt and asphalt tracks of all shapes and sizes. A national championship is awarded, along with U.S. state and Canadian province championships, rookies of the year, and track championships.

In this locally-based series, many drivers race as a weekend hobby on their hometown tracks, while others move up the ladder. Greg Biffle, Clint Bowyer, Dale Earnhardt Jr., Carl Edwards and Denny Hamlin all began their careers in this series.

In 2011, NASCAR lowered the minimum age to 14 to run in all NASCAR Whelen All-American Series sanctioned track, further cementing the series status as the foundation for drivers looking to make their way up the NASCAR ladder.

Asphalt modifieds (top left), similar to the cars run on the Modified tour, are popular in the northeast; NASCAR has eight sanctioned short-tracks which run on dirt (top right); Late Model Stock Cars (bottom left) are prevalent as the top divisions in the southeast, midwest and west coast; while a number of track run a version of a dirt Modified (bottom right) on aspahlt.

An optional “spec” engine was introduced in 2006. It is designed to be powerful and durable, yet is made from a precisely specified set of components that help to keep engine costs down. A composite body, molded from synthetic materials, is also available as an alternative to expensive sheet metal bodies. These items help teams control costs while providing them the opportunity to advance from their hometown short tracks to the next level. In 2007, the minimum age for the touring series was lowered from 18 to 16, allowing for the ARCA Menards Series to become a proving ground for drivers signed by NASCAR Sprint Cup Series teams to development deals. The minimum age was lowered to 15 in 2011.

NASCAR’s two open-wheel series are found on the East Coast. The NASCAR Whelen Modified Tour (#NWMT) traces its roots back to the very first NASCAR race, held in Daytona Beach, Fla. in 1948.

Here’s an overview of our track and directions to our usual pit entrance at Turn 2 of our 5/8s.