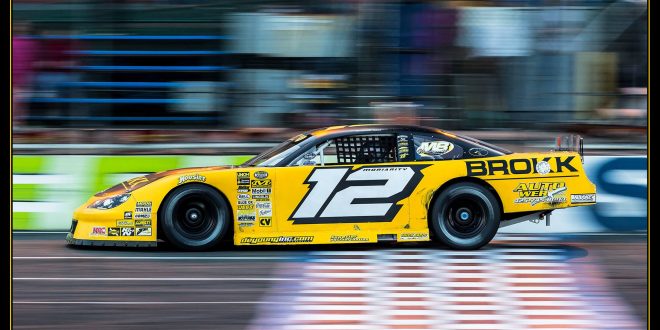 This year at Evergreen Speedway Trenton Moriarity has been one of the most consistent drivers at the track by finishing in the top five for every event so far in the Speedway Chevrolet Super Late Models. Moriarity kept the streak alive by capturing his first win of the year on Saturday night.

The field of Super Late Models had a full invert on Saturday with Moriarity starting in the back after qualifying second. It just took ten laps before he took the lead and never looked back while holding off a hard charging Jeff Knight. The race would go the full distance with green flag run and seeing Knight finish in second followed by Daniel Moore in third.

In the Outlaw Figure 8 main event the luck finally turned around for Chris Curtis after a string of accidents and mechanical issues. Curtis went on to win for the first time since the season opener. Current points leader Seth Funden would finish second followed by John Carlson in the third spot.

Some of the most exciting racing of the night came in the Monroe Grocery Outlet Super Stock Figure 8 main with a big field on-hand once again. For the third time this season Steve Cox took the top spot on the podium. He was followed by Quenton Borreson in second and rookie Matt Somerville would take home his first career podium in third.

It was an emotional win for Zach Bristol in the Buzz Inn Stinger 8 division as he nailed down his first win in over three years. The main event had one of the craziest moments of the night when Scott Kiesling rolled his car coming out of turn 2 right in front of second place finisher Cody Hoopes. In an off night for the Hornet Division, Dawson Cox joined the field and finished in third place.

It was a night of threes at Evergreen Speedway as Nat Barber took home his third win of the year in the Foster Press Mini Stocks. Barber took the lead after early race leader Lane Sundholm had mechanical failure. Brian Cottrell continued his good runs with a second-place finish and Andrew Schukar claimed the final spot on the podium.

The Les Schwab Street Stocks featured a tight race and battle for the win as Steve Woods took home the top spot. Dwayne Schosboek was impressive in his first race of the year finishing in second with Darrel Lutovsky taking home another podium spot in third.

The show this year in the Youth Hornet Division has been the battle between Tyson Lang and Dario Retych but, with Retych gone for the night, it was Lang taking home his second win of the year. The battle was tight in the division for other podium spots between the 12-14 year old drivers with Carson Sundholm and Payton Shelton taking second and third.

Action gets back underway next Saturday June 17th with Target Zero Night featuring the WESCO Winged Sprint Cars and five other divisions in action. For More Information or to purchase tickets visit www.evergreenspeedway.com or call 360-805-6117. 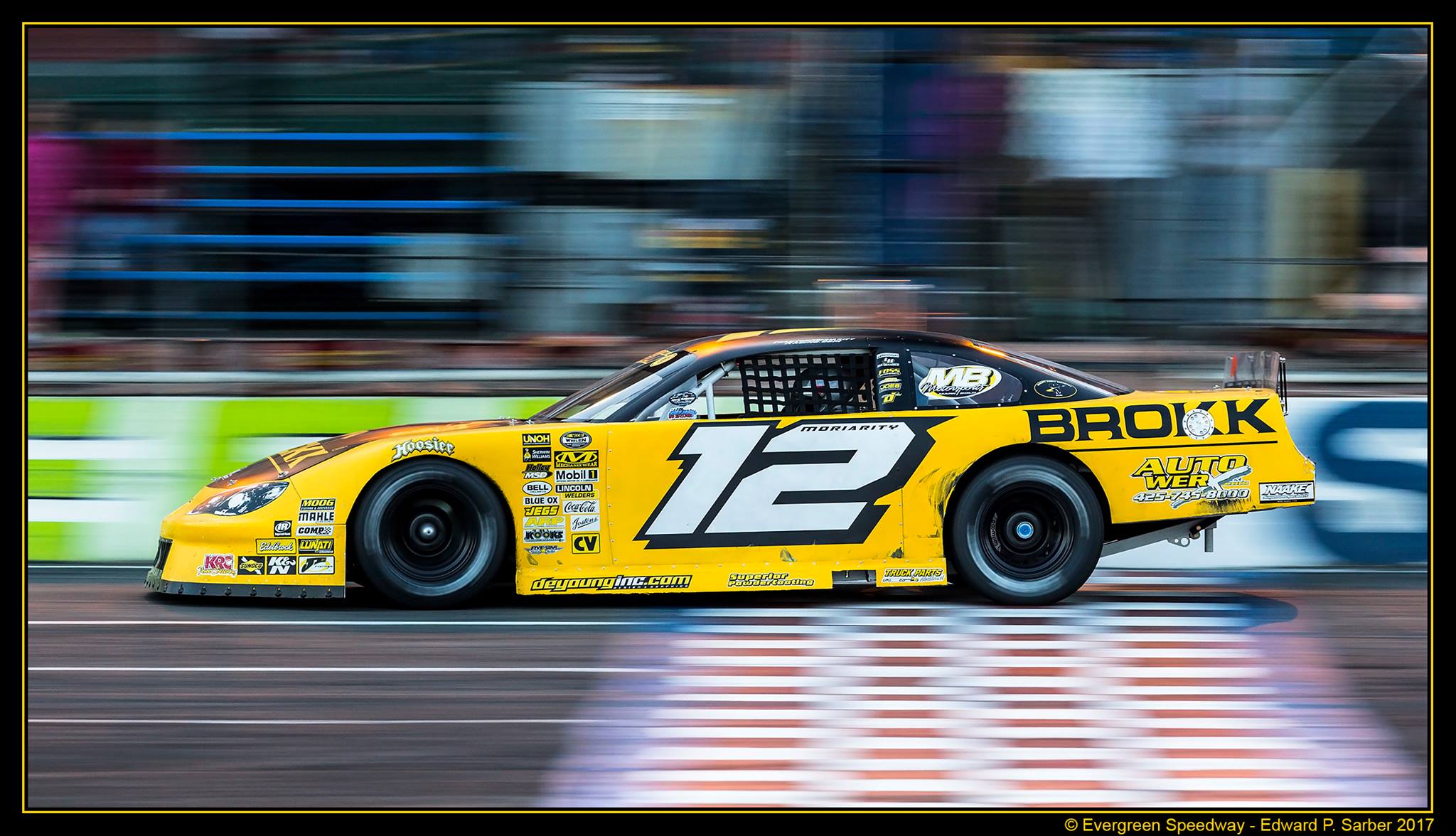 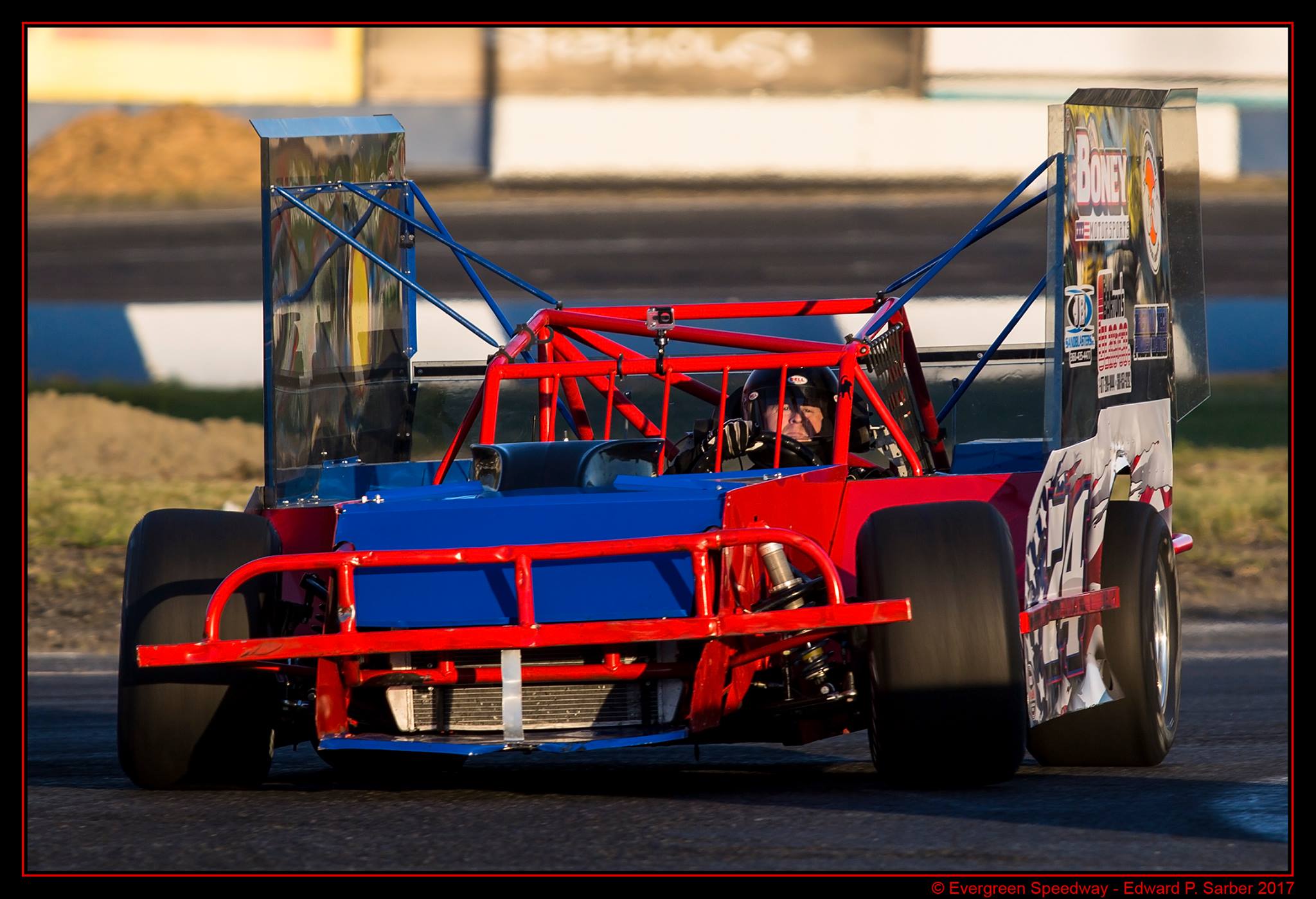 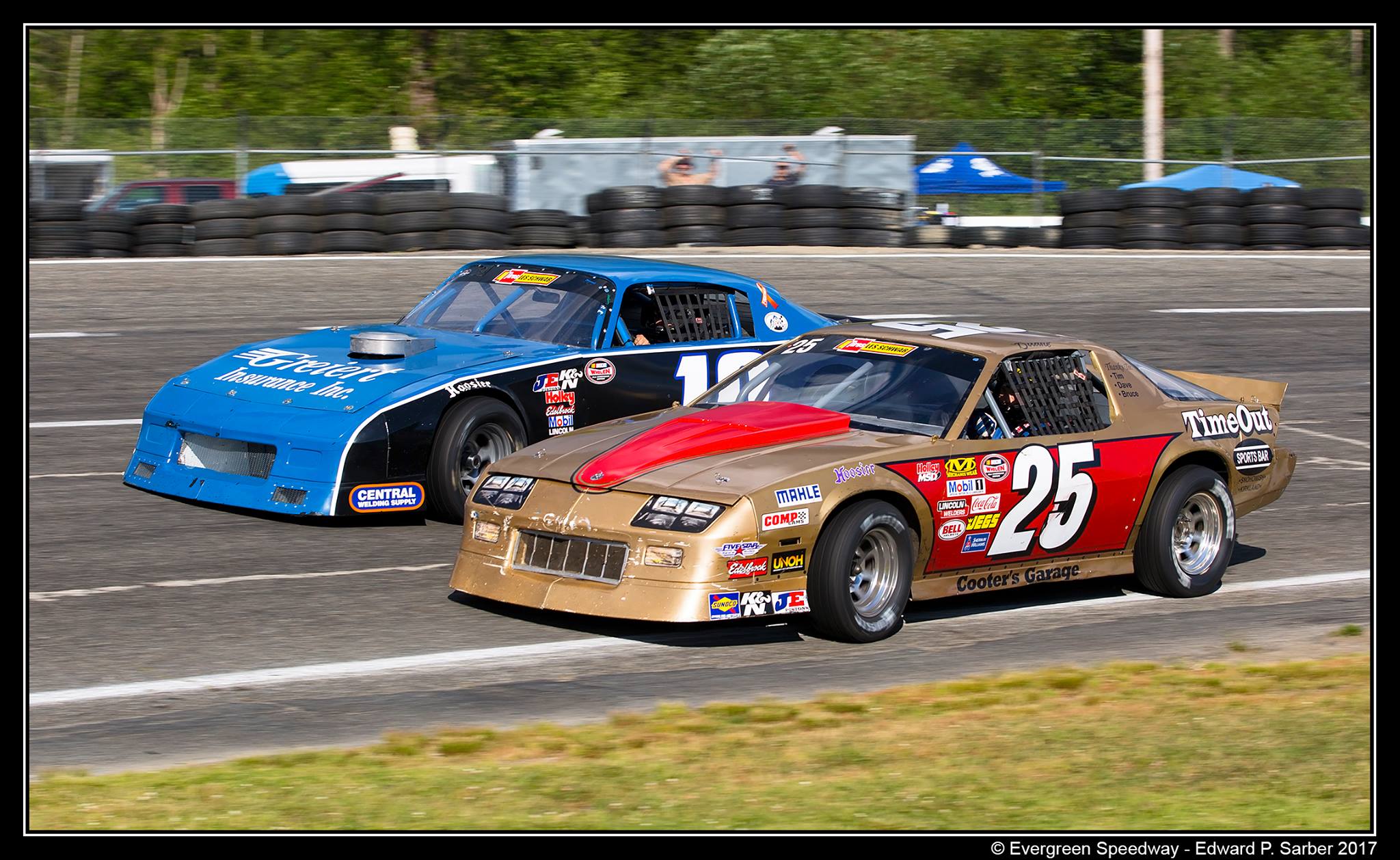