Tyler Tanner’s win in the Central Welding Supply 125 on Saturday was made possible with a lot of help from his fellow racers. Tanner had his 2017 Season at Evergreen Speedway come to a stop just three weeks ago after a big wreck during the Mark Galloway 150 caused extensive damage to his car. Knowing that it could take weeks to fix and repair the car, Tanner needed to find other options and that’s when fellow racers stepped forward.

Joe Constance had a car ready to go and he offered it up to Tanner to use, but it needed a motor. After working on the car and borrowing a transmission, carburetor and few other parts from fellow racers, the car came to the track on Saturday night and turned both heads and fast laps.

The day started off with Jeff Knight taking fast time for the division and drawing a ten car invert putting Andy Sole and Tom Berrow on the pole for the 125-lap feature. It was Andy Sole leading the first 91 laps on the evening with racers scrambling behind him for position. Current Evergreen Speedway point leader Trenton Moriarity would be the first driver to get by Sole and take the lead at lap 92. Moriarity would take the lead but Tanner would start applying pressure right away.

It would take Tanner 12 laps before he would be able to get by Moriarity for the lead coming from his eighth starting spot on the field and earning him the “KRC Power Steering Hard Charger Award”. It was not an easy final 20 laps for Tanner as Moriarity continued to apply pressure mixed with three cautions and restarts to create a shootout.

At the end of the night it was Tanner crossing the finish line first followed by Moriarity in second. Knight would finish in third and maintain second place in the championship standings.

The West Coast Late Model Series traveled to Evergreen Speedway for their only appearance in 2017. Like the Super Late Model race, it was Andy Sole taking a strong lead early on as the veteran driver did double duty for 225 laps on the night between the two races. Sole would take the lead on lap 10 and carry the lead until lap 84 when fast time on the but it needed a motor night Randy Marshall would take over.

Marshall would lead the rest of the race to win the 100-lap main event. Sole would take home a second-place finish followed Zack Washington taking the final spot on the podium.

The Pro 4 Trucks featured one of their best races of the year with a great battle all night between Doug Wilkinson and Pete Brady for the win. It was Wilkinson taking home the big trophy with Brady in second place. Shayne Greene came home in the third position.

One of the most intense races on the night came in the Les Schwab Street Stocks in tight battle between Roger Drake and Steve Ptacek. After Ptacek took an early lead Drake came on strong the final ten laps to get by Ptacek and take home the win. Ptacek would finish in second place followed by Steve Woods in third.

It’s been a great year at Evergreen Speedway to have the last name Cox as it seems like every week that you will find a Cox winning a race. History repeated itself once again in the Interstate Batteries Hornet Division as Dawson Cox took home a win. It was Toby Jenkins in second after a long battle with Cox for the win. Nick Beecher would take a spot on the podium after finishing third. 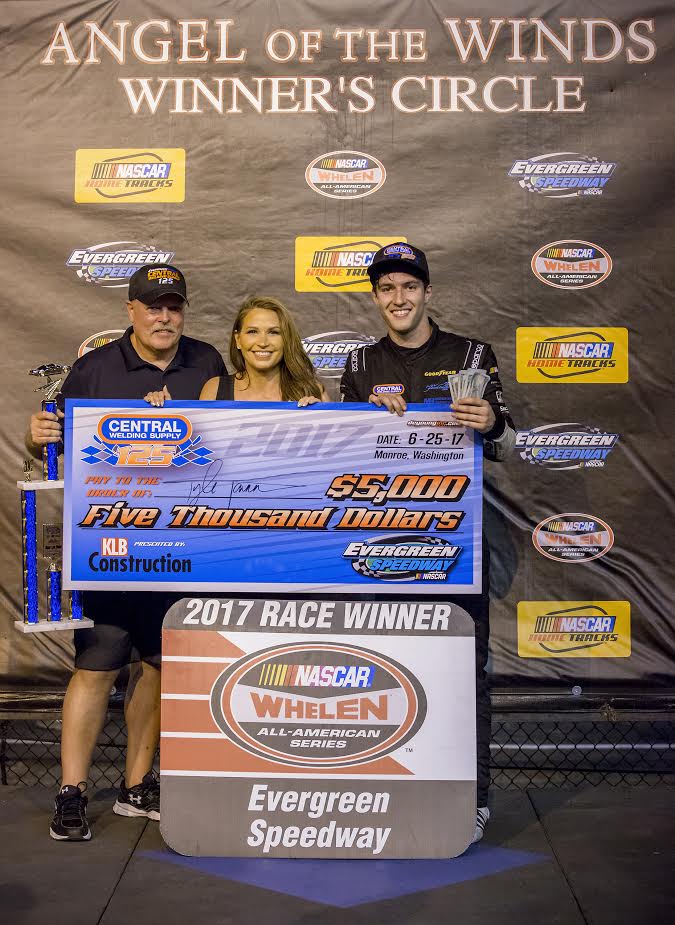 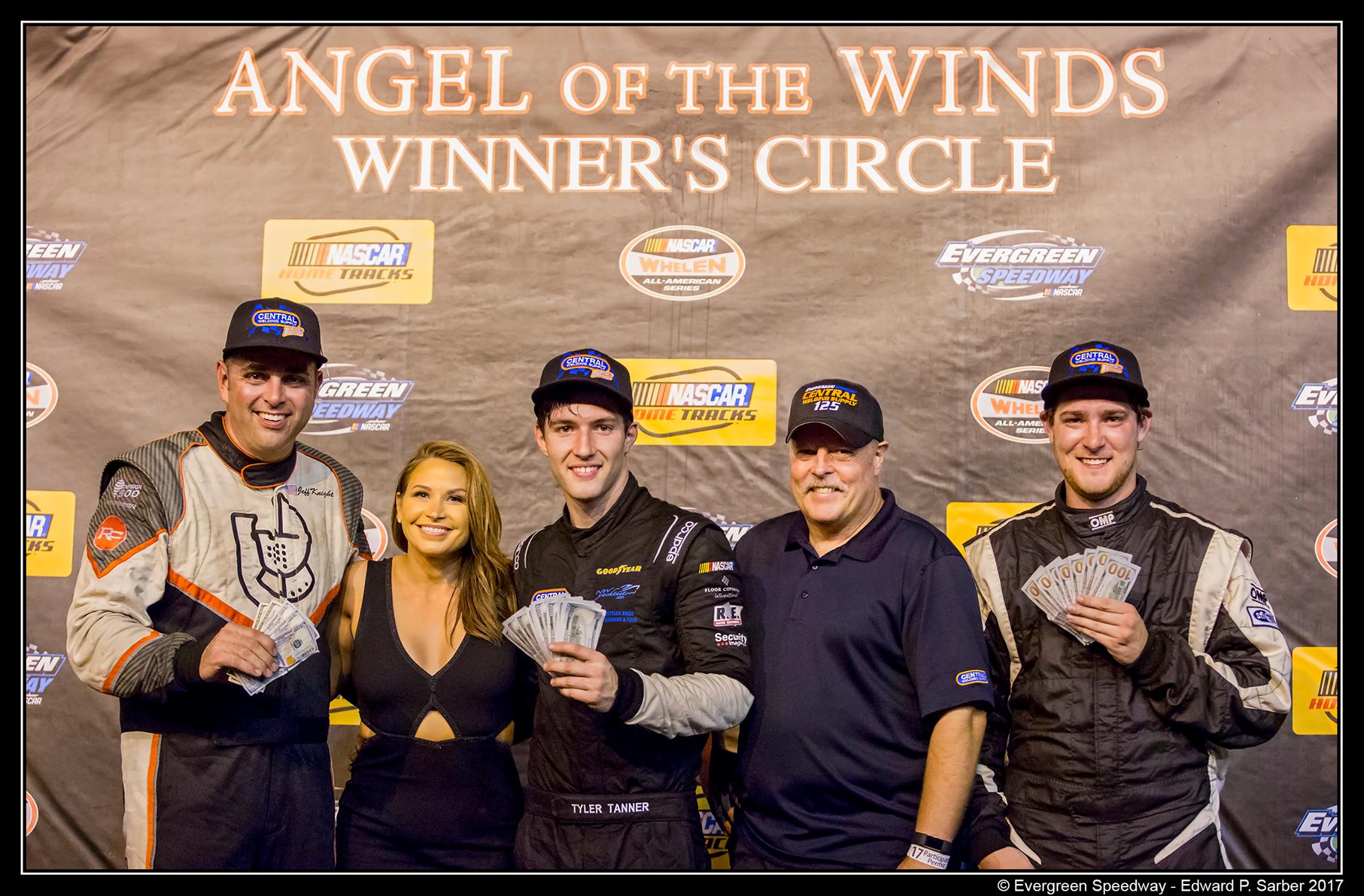 Share
Previous Sunday September 3rd – Large Car Demo 2017
Next Entries coming in from all over for 6th Annual Summer Showdown!