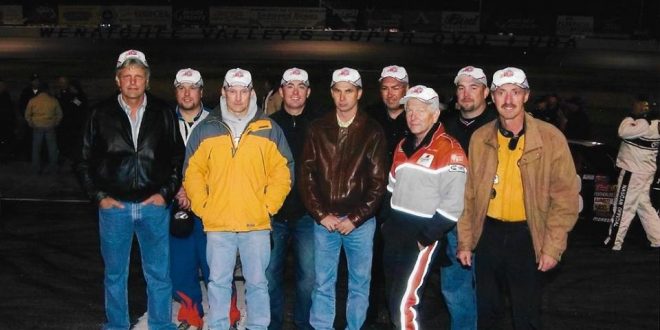 Ten of the Twelve NASCAR Northwest Tour Champions will be on hand as the Grand Marshal’s for the event including Garrett Evans, Pete Harding, Kelly Tanner, Jeff Jefferson, Monte English, Dirk Stephens, Kirk Rogers, Ron Eaton, Gary Lewis and Tobey Butler. Some of the drivers will also be competing in the race including Harding, who announced this will be his last race at Evergreen Speedway as he wraps up his 50-year racing career.

“The NASCAR Northwest Tour was a huge part of my life and my career. We raised our family around the tour and I couldn’t think of a better way to wrap up my Evergreen Speedway racing career than this event,” said Harding.

“We’re excited for this night as drivers, teams, and fans come together to honor these Great NW Champions and to relive the history of such a great time of racing in the Northwest. Evergreen Speedway has been a pillar for marquee races many years and for many more to come” said Evergreen Speedway President Doug Hobbs.

The race has already become one of the biggest races of the year with $5,000 to win on the new repaved 3/8th mile track at Evergreen Speedway. This year’s event will feature the Northwest Super Late Model Series taking on the Speedway Chevrolet NASCAR Super Late Models, similar to the days of when the NASCAR Northwest Tour would come to town.

There will also be the DeyoungInc.com Throwback Paint Scheme Contest, drivers racing in the Central Welding Supply 125 are encouraged to put a special paint scheme or numbers on their car to honor a past Tour driver. The winning car will receive a $1,000 cash and second place will receive $675 credit for a wrap from DeyoungInc.com.

Evergreen Speedway would like to invite any past NASCAR Northwest Tour Drivers to the event as they will receive two free tickets. Drivers must go to www.evergreenspeedway.com/nascar-northwest-tour-throwback-night-reunion-form/ to register for the free tickets. All the drivers in attendance will be recognized at the event.

Also racing that night will be Les Schwab Street Stocks, Foster Press Mini Stocks and Interstate Batteries Hornets. For more information on tickets or the event go to www.evergreenspeedway.com or call 360-805-6117.